What if I told him

Bursting Through’s mission is to recycle hate into love through storytelling, activism, and the celebration of the relationships between Queer and Straight people. When I write, I keep that mission top of mind and hope that my words put a little more love into the world, make someone think or reach them on an emotional level.

Recently, when I think about the mission, I’ve been thinking about it through the lens of self love.  On my quest to be a better version of myself and with the guidance of a good therapist,  I’ve learned the importance of self love.  That led me to think about my younger self, the kid who knew he was different but didn’t know what gay was yet.  And I wonder if that relationship, the one between the younger “straight” version of myself and the queer adult, is maybe my most important queer/straight relationship.

What if there was a portal to communicate with other versions of myself at different times in my life? Like in a sappy romantic movie, that I have not seen but heard too much about, or a classic episode of Star Trek: TNG where Picard meets another version of himself from another time, or better yet, what if there was a door into the soul like in Being John Malkovich?

If that portal existed and I was able to use it to communicate with my former self, the “straight” or not-yet-out version, what would I say? What should I say? Would my current words keep young me from living his truth or fuel him to fight?  Would hearing current me alter the course of young Steve’s relationships and change family dynamics or would it just be information not acted upon?

We are going to assume for the sake of argument that young Steve is going to listen. He might not know how to process it all, but he is going to have his ears open. Since it’s young Steve, if I give him a lot of Rolling Rock Beer, Camel Red Lights, a cool lighter and adequate bathroom breaks, he’ll listen.

I’m not thinking about a series of spoiler alerts to avoid a decade of boy band hair, a MadDog 20/20 hangover or the disappointment associated with my Male Vocalist of the Year honors in high school not leading to fame, but some insight into the emotional journey. Something about the path ahead for the queer person. Some honest insights  that tap into the importance and the complexities of queer/straight relationships and life in a normal=straight world.  A world that  won’t always tell him but will often show him just how outside the desired norm he and others like him truly are.

What would I say to prepare him to navigate a world that is taught and encouraged to ridicule and hate people like him?  How would I tell him that despite everything he has observed and been taught, getting married and having children is not the only path to personal fulfillment?

What if I told him that he would learn to identify and avoid “the love of hate” but keep that knowledge inside him for nearly 40 years? What would he think if I told him that people close to him will tell him he is loved and supported but will consistently and proudly vote for people and policies that actively and aggressively attack his civil rights?

How would I break it to him that in his 50’s, he would turn to activism and spend his life savings fighting the fight to be truly equal while knowing there is little hope of living that equality in his lifetime?

Would he believe me if I let him know that despite great rallying cries like “Love is Love” and “Love Wins” there has been more anti-queer legislation passed in 2021 than in any other year in the history of the United States?

I think there would be a lot he wouldn’t believe and that naivety and lack of understanding would keep him alive and thriving.  But I also think he would FIRMLY believe as I do that there is more good than bad and that love will win.

I believe he would know, as I do, that the people who love us aren’t intentionally trying to hurt us with their words and actions. And he would believe, as I do, that when the people who love us connect their words and actions to the unintentional but all-too-real impact on the Queer community, that awareness will open hearts and minds and deepen our human connection.

He would believe as I do that Bursting Through is intended to and will open up the hearts and heads of queer and straight people and lead us to better understanding, more compassion and a path forward together.

Neither I or younger Steve have all the answers but join the Bursting Through movement and let’s see what we can do together. 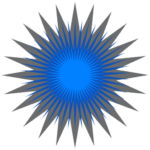